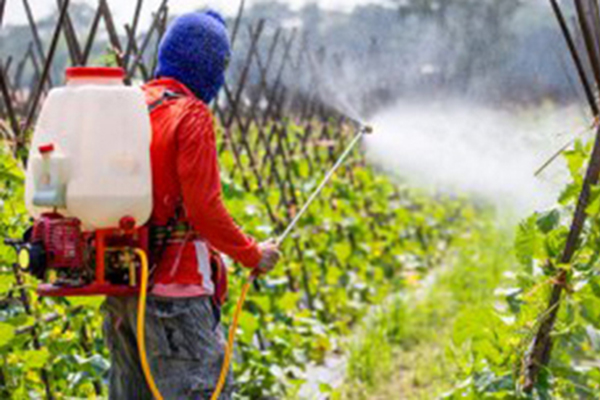 The latest statistics from the U.S. Department of Agriculture reveal that Americans’ appetite for locally grown, organic food is growing. Consumers want to know where their food comes from and what’s in it. Most polls show that the vast majority of Americans also support mandatory labels for genetically modified organisms, or GMOs. Nearly half of Americans think scientists have found risks associated with eating GM foods even though they haven’t, according to a recent survey by the University of Pennsylvania’s Annenberg Public Policy Center. “People don’t know very much about the science, and they don’t know that GMOs have been in the food supply for 20 years, ” says William Hallman, who ran the survey. “They just know they don’t like it.”

Last month, after years of contentious debate, President Obama signed legislation requiring the first national GMO labeling standard. (Labeling advocates aren’t happy with the law because it lets companies choose whether to use a simple text label or a smartphone-accessible code to disclose GM ingredients.) But what’s lost in the debates over imaginary risks from GMOs is the real threat posed by the way our food is produced.

U.S. farmers apply more than a billion pounds of pesticides to conventionally grown crops every year. It’s no surprise that chemicals designed to kill living things that farmers consider pests can also harm us. There is mounting evidence that conventional agriculture’s reliance on pesticides places agricultural communities, and especially their children, at risk for serious health problems.

Last month, University of California, Berkeley researchers reported that seven-year-olds scored lower on cognitive tests if their mothers were pregnant when high applications of organophosphates and other pesticides were applied to crops near their homes. On average, these children had lower IQs. They also scored lower on verbal comprehension tests.

The study,  published in Environmental Health Perspectives, adds to a growing body of research which indicates that people who live and work in agricultural communities face increased risk for asthma, neurodegenerative diseases, cancer, and other chronic conditions related to pesticide exposure. Their children are more likely to have birth defects, cognitive difficulties, childhood cancers, lower IQs, and other developmental problems.

Much of what’s known about how pesticides harm young brains has come from the UC Berkeley group, led by Brenda Eskenazi, a professor of maternal and child health and epidemiology. Through the Center for the Health Assessment of Mothers and Children of Salinas, or CHAMACOS, Eskenazi’s team has been tracking families living in one of California’s most productive agricultural regions to understand how pesticides affect kids’ growth, health, and development.

Many families who live in farm communities around the country earn low wages. Clear evidence links childhood poverty to poor cognitive development and school performance. The Berkeley team suspected that pesticides could exacerbate these effects, but no one had investigated it before.

Not surprisingly, they reported in another study published earlier this year that children whose mothers lived near the highest pesticide applications and earned wages at or below the poverty level scored two points lower on verbal comprehension, working memory, and IQ tests. Those living in poor neighborhoods performed even worse, scoring roughly four points lower on the cognitive tests.

I asked Robert Gunier, an exposure assessment expert for the CHAMACOS project, whether these results have implications for urban kids living in low-income housing, where exterminators routinely spray insecticides to control cockroaches and other pests. “I can’t say for sure without doing a study, ” he told me, “but based on this data I would say that higher metabolite levels in children who are either living in poverty or living in a poor neighborhood will likely have a larger effect.”

Losing a few IQ points may not seem like a big deal. But lower IQs in the general population mean that many communities will see more children who need special education and lack the skills for independent living. Many studies have tied lower IQ to lower wages and lifetime earnings. “The easiest way to quantify the impact of lowered IQ in children is that a one-point reduction in IQ amounts to a $15, 000 reduction in lifetime earnings, ” says Bruce Lanphear, an environmental health professor at Simon Fraser University in British Columbia who specializes in environmental brain poisons like lead and pesticides.

Four in five U.S. children are exposed to organophosphate pesticides,  mostly from food. (Though several studies have also linked organophosphate exposure in pregnant women and children to residential insecticide use in urban areas, where indoor pest control is common.) In addition to pesticides, almost all children also carry levels of lead, mercury, the plastics additive bisphenol A, flame retardants, and dozens of other untested chemicals in their bodies.

Two years ago, Lanphear co-produced an educational video to help the public understand how exposure to even small doses of these environmental contaminants at critical windows of brain development can have far-ranging consequences. Little shifts in children’s IQ scores have a big impact on the number of children who are challenged or gifted. Most of us have IQs between 85 and 115 and about six million children are considered challenged, with IQs below 70, while another six million are gifted, with IQs over 130.

Lanphear and other environmental health experts worry that widespread exposure to these chemicals has contributed to the rising incidence of learning and behavioral problems in children, which jumped 17 percent between 1997 and 2008. Last month, he joined 46 other experts in a call to reduce exposures to chemicals that can harm the young brain. “On average, it costs twice as much in the United States to educate a child who has a learning disability as it costs for a child who does not, ” they argued.

They called organophosphate pesticides a “prime example” of toxic chemicals that can harm the developing brain. For kids who live in farm communities, it’s hard to avoid pesticides. They can be exposed to volatile chemicals that drift from fields that are too close to their classrooms or homes and cling to toys or settle in dust. They can also be exposed to the chemicals through their diets or from hugging a parent whose clothing carries residues.

Biomonitoring surveys from the Centers for Disease Control and Prevention have found evidence that Americans who eat conventional fruits and vegetables are exposed to pesticides. Consumers can reduce these levels by choosing produce from organic farms, which often control pests with compounds like copper and sulfur that don’t drift offsite and cause neurological harm like organophosphates and other synthetic pesticides can.

Last year, the federal government awarded 23 states $8 million in grants to encourage families in the Supplemental Nutrition Assistance Program to use their benefits at farmers markets, where organic produce can be cheaper. Public health experts say people who can’t afford organic produce still need the nutritional benefits of conventional fruits and vegetables and can wash produce under running water to remove most pesticide residues.

Rather than worrying about unsubstantiated risks from GMOs, Americans should worry about the real risks pesticides pose for people in the communities that feed the nation. Consumers tend not to get as worked up about pesticide risks to farmworkers as they do about GMOs. That’s because most people worry primarily about what they perceive as personal risks and tend not to think much about societal impacts, says Hallman, who led the Annenberg GMO survey. When Hallman asked people why they buy organic foods, most cited health as the primary reason (though evidence that organic food is more nutritional than conventionally grown food is also lacking), and environment second.It’s natural for consumers to worry about their own health when it comes to pesticides, but the people who harvest our food, and especially their children, face far greater risks than the rest of us. Pregnant women in the CHAMACOS study had levels 40 percent higher than a national sample of women of childbearing age.

Yet his polls also show that even people who say they disapprove of GM foods would support using GM technology to reduce pesticide use. (Many anti-GMO respondents also said they’d embrace GM grass they didn’t have to mow as much.)

So far, most GM plants designed to reduce pesticide use have “Bt” genes from bacteria that produce insecticides in the plants to fight pests that feed on them. The advent of Bt corn and cotton has led to a substantial reduction in insecticide use, scientists with the U.S. Geological Survey reported in May, but insects are evolving resistance to these plants, just as they do to insecticides. Since pesticides applied at lower rates could still harm the environment or public health if they’re more toxic or prone to linger in the air, the USGS scientists couldn’t say whether their use improved safety.

But even if they did, the vast majority of fruits and vegetables aren’t modified to resist pests, so the people who pick them would still be exposed. Instead of engineering plants to produce pesticides, some researchers are trying to boost their innate defenses against pathogens, just as vaccinations protect us against measles and flu. But this work is just beginning.

Ultimately, growing crops without sacrificing the health of the farmworkers that Americans depend on to feed their families will require a massive overhaul of current farming practices. As a first step, farmers should phase out pesticides that scientists know or have good reason to suspect will harm young children. Over the long term, they must transition to less-toxic pesticides made from naturally occurring substances in bacteria, plants, and animals, and create healthy habitats around fields that attract birds and other natural insect predators.

The U.S. government has spent  producers of pesticide-intensive corn, soybeans, and a handful of other crops that wind up as ingredients in processed junk foods, but only a fraction of that amount to support fruit and vegetable farms. Instead, American tax dollars should be used to help farmers adopt sustainable practices that protect agricultural workers and the communities they live in, while making healthy fruits and vegetables affordable for everyone.

By: Liza Gross/ The American Prospect