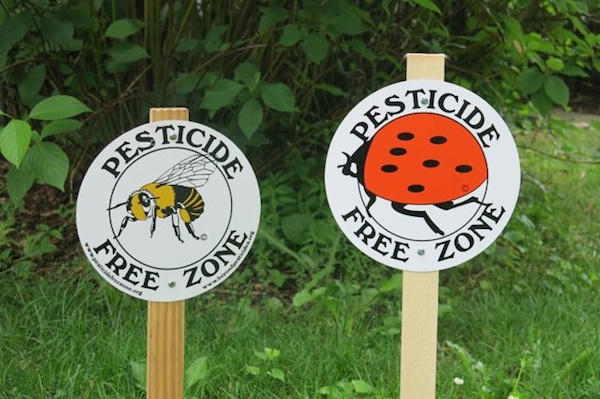 The first thing to know is that even food labeled “pesticide-free” is not truly free of pesticides. Pesticide residues are everywhere in the environment, and there’s no way to produce food on a large scale that contains no trace of these contaminants.

Some residues are long-lasting remnants of chemicals like DDT, banned decades ago but still present in soil. And crops grown without pesticides often contain residues blown in by the wind or carried in water runoff from nearby or distant farms.

Residues may also be present in foods at levels below the limits of widely used testing methods. “None detected” isn’t the same as “zero.”

That said, foods grown in different ways can have substantially different levels of pesticide contamination. If you’re a parent trying to minimize your child’s exposure to pesticides, it’s useful to understand the terms that describe different agricultural production methods.

The word organic has evolved in recent decades from a vague, largely undefined term to a precise (though still often misunderstood) one. The U.S. Department of Agriculture (USDA) has set specific conditions that farms must meet in order to label their products organic.

To be certified organic by the USDA:

The USDA has three approved versions of the organic label for food that is certified organic:

Operators of small farms may choose not to go through the expensive certification process. Instead of using the organic label, they may choose to label their products with unregulated terms, such as pesticide-free.

The “pesticide-free” label may be used by farmers who don’t apply any synthetic herbicides, insecticides, or fungicides to their crops, much like organic farmers.

These growers are certified by independent third parties, but they’re not regulated by the USDA. That means they’re not subject to the requirement, for example, that croplands be untreated with pesticides for three previous years, and they may or may not use synthetic fertilizers or genetically modified plants or seeds.

In recent years the term “pesticide residue free” has begun to appear on produce sold in some stores. This label means that an independent company has tested a grower’s produce for residues and found none. It doesn’t necessarily mean that the produce was grown without pesticides, but rather that there were no detectable pesticides remaining when it was harvested.

One of the benefits of buying locally grown produce at a farmers’ market is that you can talk directly to the producers and ask them about their practices.

ne final thought: Eating fruits and vegetables is very important, and concern about residues should never lead you to cut back on your children’s intake of these healthy foods. The benefits of a diet rich in fruits and vegetables substantially outweigh any risks associated with pesticides or environmental concerns.

If you can afford to buy organic (which often costs more), that’s one good way to minimize exposure to residues – but eating any fruits and vegetables is far better than eating none.

And, of course, rinse your produce (no matter how it’s labeled) just before eating or preparing it. Rinsing thoroughly under running water can remove many pesticide residues as well as bacteria and other nonchemical contaminants.

TOXIC AND DEADLY, THE HUMAN AND ENVIRONMENTAL TOLL OF OPEN BURNING