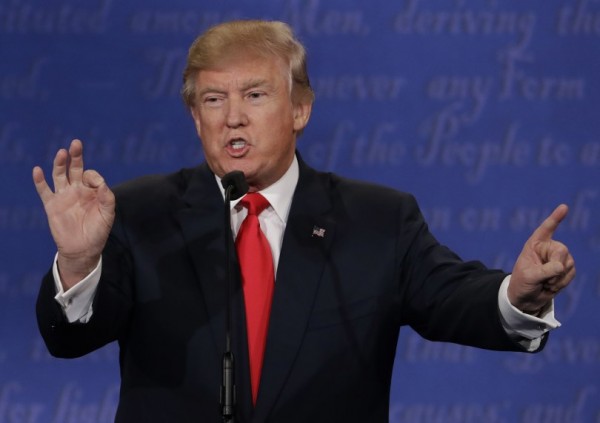 Our climate is clearly changing. 2016 will almost certainly be the warmest year ever recorded, followed by 2015, and then 2014. Physical scientists have demonstrated that the burning of fossil fuels has been the primary cause. To avoid the most serious damages, we need a strong and concerted effort to reduce the atmospheric concentration of greenhouse gasses. However, despite years of warning with increased precision, our political leaders have dragged their collective feet. They were aided by businesses and individuals to whom the scientific reality was inopportune.

The election of Donald Trump appears to be more of the same. He has said human-caused climate change is a myth perpetuated by the Chinese. Some hope does exist: with each campaign pledge he breaks, from his opinion on torture to pursuing Hillary Clinton legally to “draining the swamp, ” one could believe he might come around on climate policy. Since the election, he’s even said he’d keep an “open mind” on climate change. Don’t believe it. His appointment to the administration to lead the transition at the Environmental Protection Agency tells us all we need to kno

For better or worse, the EPA has become the forefront of climate policy. There are a number of ways congressional lawmakers could help address our massive climate problem, but economists agree that either a carbon tax or a cap-and-trade program would do so at the lowest cost. These unfortunately require Congress.

Given legislative inaction, the EPA has stepped forward. It has enacted rules such as fuel economy and power plant emission standards in an effort to reduce heat-trapping emissions. This is a second-best option, as these rules are more expensive and smaller in scope than what could be achieved through a more comprehensive policy. They are critical to show the world that we are taking climate change seriously. But Trump’s choice of Myron Ebell to lead the EPA transition puts even these modest steps in danger.

Ebell is not a scientist, or even an administrator. Why choose him? Because he’s made a career out of opposing every climate policy he could find. He has worked with a number of organizations spreading biased and misleading information to advance a cause supported and funded by fossil fuel interests. He has repeated the conspiracy theory that climate science is a coordinated political movement. By selecting him, Trump sends a clear signal about direction of his climate policy.

To choose Ebell in a leadership role, even temporarily, is problematic. We face some difficult choices right now, especially in the field of energy. Oil is not going away; a recent United States Geological Survey oil field find in Texas significantly increases our proven reserves. Shale production will keep natural gas prices low far into the future. This is good for the climate in the short run, as burning natural gas emits fewer greenhouse gasses than coal, and natural gas pairs well with intermittent wind and solar generation. However, an overdeployment of natural gas generation now could make future necessary reductions more expensive. The EPA has an outsized role in navigating these and other challenges, especially as the costs we will pay increase the longer we wait.

The case for immediate, significant climate action has already been made by both the physical and social science communities. Many business leaders, including a large number from the energy industry, support it as well. But by selecting someone who denies the basic premise of the problem, and who has spent a career fighting against it, Trump has suggested his intention to limit the federal government’s involvement. To meet this challenge, those favoring responsible climate and energy policies will need to make our voices even louder.

Seth Wiggins is a professor at the Colorado School of Mines. He researches and teaches energy and environmental economics.

CALL TO ACTION ON NEUROTOXIN EXPOSURE IN PREGNANT WOMEN AND CHILDREN