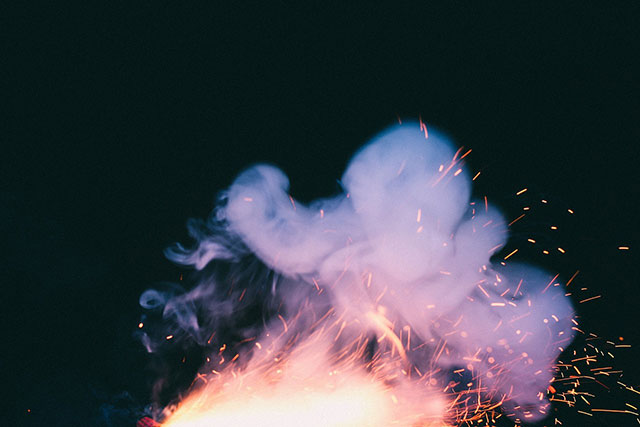 The Senate recently approved an amendment to the omnibus defense-spending bill designed to pressure the military to move away from openly burning and detonating stockpiles of leftover munitions and other explosive and hazardous wastes at open-air facilities.

An amendment to the Senate’s version of the National Defense Authorization Act would require the National Academy of Sciences to review the military’s massive stockpile of demilitarized munitions and study available and emerging technology that could replace the practice of “open burning, open detonation” for disposing of hazardous and explosive wastes.

The process of open burning and open detonation is exactly what it sounds like — small amounts of explosive materials used in conventional warfare are placed on large trays in an open area and then ignited. This process is repeated for months or even years, and has been linked to air pollution and toxic groundwater contamination. Canada and many European countries banned the practice in all but emergency situations years ago, but open burning still occurs near many communities across the United States.

“This archaic practice causes the uncontrolled dispersion of toxic heavy metals including chromium and lead, energetic compounds, perchlorate, nitrogen oxides and other munitions-related contaminants to the environment, ” said Laura Olah, an activist who has spent years challenging the US Army over pollution from a decommissioned ammunition plant in Wisconsin.

The open burning and detonation process has long been the military’s preferred method of disposing of old munitions because the technology is simple, inexpensive and easy to set up in remote locations. However, environmentalists have spent the past two decades pushing for cleaner options, as old ammunition plants and open burn sites became national cleanup priorities due to toxic contamination.

Truthout drew national attention to the issue with a series of stories on open burn proposals in Louisiana, where 15 million pounds of artillery propellant were discovered after an explosion at a military facility near Shreveport rocked the northwest corner of the state in 2012. After months of political finger-pointing between elected officials, state agencies and the US Army, federal environmental officials stepped in and decided to dispose of the waste with an open burn at the Army’s suggestion.

Environmental activists and area residents, concerned that the open burn would contaminate groundwater and spew cancer-causing fumes into nearby communities, organized an aggressive campaign to stop the open burn. The activism paid off,  and last year, the federal government agreed to cough up extra money to dispose of the propellant in a closed incinerator with pollution controls.

Activists in Louisiana are also pushing legislation to ban open burns, and recently pressured an open burn operator to ditch a proposal to quadruple the amount of hazardous waste detonated at its facility, which is located near the rural community of Colfax in the central part of the state.

“During the United States’ chemical weapons demilitarization program, taxpayers invested hundreds of millions of dollars in the research and development of technologies that can treat hazardous waste explosives, ” said Frances Kelley, an activist with Louisiana Progress Action. “Available technologies include supercritical water oxidation, gas phase chemical reduction and detonation chambers, and they should be deployed to prevent costly environmental contamination and damage to the health of nearby communities.”

While the amendment in Congress does not ban open burns outright, Olah said commissioning a study on alternatives is a crucial step towards ending the practice. The military often justifies the use of open burn and open detonation by arguing that alternatives technologies are unfeasible or simply don’t exist, and a government study stating otherwise would give activists the ammunition they need to challenge such claims.

“This [study] will provide an independent scientific opinion that there are suitable and available technologies that are not only safer but [also] cost-effective, ” Olah said.

The Senate easily passed its version of the defense-spending bill last week, despite a veto threat from President Obama over issues unrelated to open burn and open detonation, including measures that would place limits on the closure of the military detainment facility in Guantánamo Bay. The House has passed its own version of the bill, and lawmakers will be pressed to reach a compromise between the two chambers and the White House before the end of the fiscal year in late September.

MARYLAND TO BECOME THE FIRST STATE TO BAN BEE-KILLING PESTICIDES

LIVING NEAR AGRICULTURAL PESTICIDE DURING PREGNANCY LINKED TO LOWER IQ