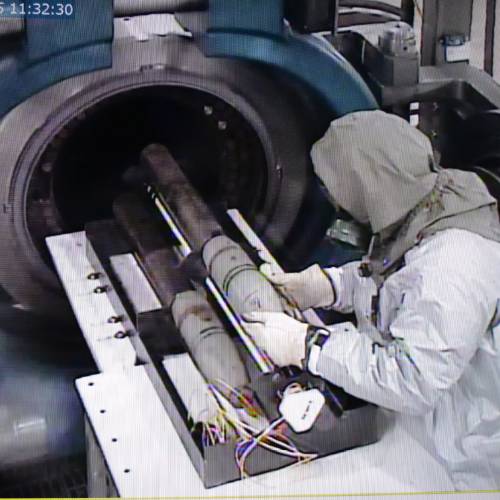 More than 780, 000 tons of Mustard Gas Shells stored on the 23, 000 acre site will be eliminated by 2020. The shells are located in Pueblo, Colorado which stores a mix of artillery and mortar rounds originally manufactured in the 1950s for the possible use in the Cold War.

The shells at the depot, east of Pueblo on U.S. 50, were put on a path to destruction by a 1993 treaty signed by the U.S. and 64 other nations banning the weapons and mandating the destruction of chemical weapons stockpiles by 2007. Other American stockpiles have largely been destroyed.

The Pentagon and Congress picked a new path of Pueblo’s shells, authorizing a $4.5 billion program to build and operate a factory that cuts the shells open, strips out explosives, and washes away the mustard agent with a solvent.

Ground was broken for the plant in 2004, but a string of delays have added years to the destruction plan.

The latest came this year, when testing revealed piping problems that wrecked pumps and destroyed seals.

“It has not been without its share of stress and frustration, ” Riley said.

In 2015, the depot began blowing up shells that were too damaged to be run through the factory. So far, 560 shells have been detonated in a sealed blast chamber.

The shells remain in Pueblo County because of a successful battle in Congress waged by local leaders to keep the munitions in place after the Army unveiled plans to transfer them for destruction.

With more than 2, 600 tons of mustard agent on its 23, 000 acres, Pueblo is the chemical weapons capital of the Western Hemisphere.

At full speed the munition-destroying factory, completed in 2012, will be able to process as many as 100 artillery shells per hour. The ready-for-war shells will go in one end of the plant, and recyclable materials will come out the other, depot officials say.

In the middle are a series of robots run by human operators that pierce the shells open, strip out explosives, and wash away the mustard agent.

For four years, the depot has worked to bring the factory online. In recent months, employees have tested the system with hundreds of simulated rounds.

“The true celebration will happen after the last munition is destroyed, ” Whyne said.