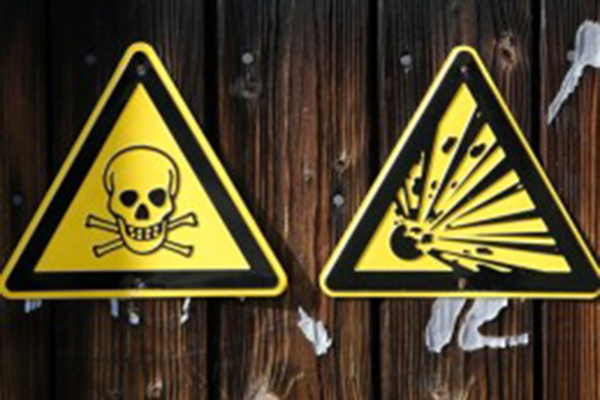 The news came as members of the Senate Armed Services Committee questioned Marine General Joseph Dunford about an attack Tuesday on a military base near Mosul, in the country’s north. The general was addressing leaked news reports that investigators had found a black oily substance on a rocket that landed near the perimeter of the base. Dunford told the committee that investigators had assessed the liquid and found “it to be a sulfur-mustard blister agent.”

He noted that last week the U.S. military attacked a former pharmaceutical plant near Mosul in northern Iraq that U.S. officials said the Islamic State was using to produce mustard agent and other chemicals for military use.

No soldiers were injured in the attack, nor have any shown symptoms of exposure to mustard gas, a weapon banned by the 1925 Geneva protocol after the horrors of World War I. The gas is produced by burning sulfur and makes corrosive gas that blisters skin and lungs and can cause severe burns.

In Syria’s five-year civil war, both ISIS and President Bashar al-Assad are accused of using forms of chemical weapons. Assad kept a chemical weapons stockpile, and he turned it over to the Organization for the Prohibition of Chemical Weapons in 2014. But it’s believed ISIS may have gotten its hands on some of these before the agency took full control. ISIS has fired mustard gas at soldiers and civilians before,  as it did last year when it blasted dozens of mortar shells at the Syrian village of Marea.

The fighting around Mosul is expected to intensify, as Iraqi forces, backed by U.S. soldiers, push north into the city, which ISIS has controlled since 2014.

COMMON PESTICIDE MAY POSE RISK TO WORKERS WHO APPLY IT

Corporate Sponsorship Opportunities Available for Christmas on the Ranch