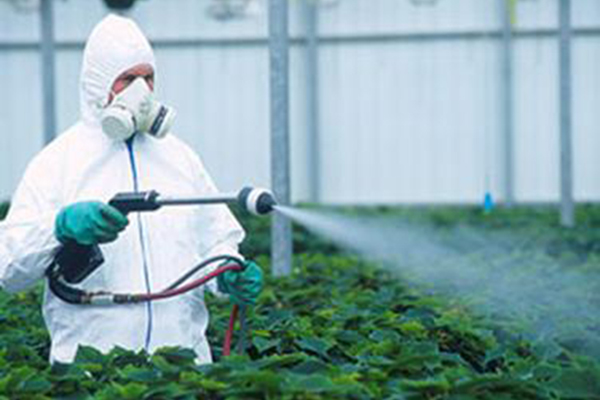 (CNN) – It was long believed that you could acquire “better living through chemistry.” But that may really not be the case. In a landmark alliance, known as Project TENDR, leaders of various disciplines have come together in a consensus statement to say that many of the chemicals found in everyday products can result in neurodevelopmental disorders, including autism and attention-deficit disorders.

“Ten years ago, this consensus wouldn’t have been possible, but the research is abundantly clear, ” said Irva Hertz-Picciotto, an environmental epidemiologist at the University of California, Davis and co-chairwoman of Project TENDR.

“At some point, we say we know enough to take preventative action, ” said Frederica Perera, a professor of environmental health sciences at Columbia University. Perera is also a signatory on the statement.

But this is the first time that leading scientists, doctors and policy advocates across various disciplines have come together to say that the science on toxic chemicals is clear: They can harm brain development.

These everyday chemicals, including organophosphates, flame retardants and pthalates, can be found in food, plastics, furniture, food wrap, cookware, cans, carpets, shower curtains, electronics and even shampoo. They are pretty much everywhere around us.

Brain development is the “most complete and most rapid during the first nine months, prenatally, ” she said. During that time, neural connections and pathways are being developed.

“Any interference by a physical stress like a toxic chemical or other stressor can disrupt this natural progression that is so very delicate and complex, ” explained Perera.

Though the group hopes to come up with regulatory recommendations to reduce this toxic burden, there are some simple things that individuals can do to reduce their exposure.

Chemicals to watch for:

Organophosphate pesticides (PDF) are a class of neurotoxic chemicals used as warfare agents in the 1930s. However, today, they account for about half of all pesticide use in the United States. And they can make their way onto crops that we use as food sources. Areas that spray pesticides heavily, such as farms, may find higher rates of exposure.

Children exposed to higher levels of these pesticides have been found to have higher rates of attention-deficit hyperactivity disorder.

You can reduce your exposure to them by eating organic and using alternative pest control methods.

These chemicals soften plastics and help scents and chemicals bind together.

Exposure to phthalates has been associated with lower IQ levels.

You can reduce your exposure to phthalates by using unscented lotions and laundry detergents, microwaving food in glass containers rather than plastic, using cleaning supplies without scents, and avoiding air fresheners and plastics labeled as No. 3, No. 6 and No 7.

These chemicals are used as flame retardants, chemicals that can slow the speed of a flame. They can be found in televisions, computers, insulation and foam products, including children’s toys and baby pillows.

Products can shed ethers that can accumulate in dust. Exposure to these ethers have been associated with thyroid issues.

There isn’t a directory that lists which products have these ethers, but consumers may still be able to reduce exposure by looking for products that advertise themselves as free of flame retardant. These chemicals were found in a lot of older foams, so replace products such sofas and pillows that have exposed foam. And use a high-efficiency HEPA filter vacuum to clean up dust.

Air pollution from burning fossil fuels such as coal, oil or gas is usually associated with respiratory issues. However, these pollutants can also include nitrogen dioxide, formaldehyde and benzene.

Aside from trying to avoid polluted areas, you can make sure to buy furniture and products that advertise themselves as formaldehyde-free. Try to avoid buying furniture made with particleboard, plywood or pressed wood. Many of these products use glues containing formaldehyde.

Lead is a naturally occurring metal. It was banned from gasoline in the 1970s but can still be found in older homes that used leaded paint. Lead can also make its way into water, because of corrosion from old water pipes. Lead is also used in a variety of products like industrial paints, car batteries and wheel weights.

Lead exposure has been associated with ADHD, lower IQs and developmental delay.

Infants and toddlers are at greatest risk for lead exposure because they frequently put their hands and toys in their mouths after they may be exposed to lead in dust.